Shame is a feeling that everyone experiences and yet, nobody likes talking about because even mere talking about feeling ashamed or embarrassed provokes shame. However, we cannot make something disappear or we cannot master a particular mental state by avoiding it. And shame is just another obstacle on our path of self development and expression.

Shame is very similar to anxiety - it provokes us to hide, to flee, to escape either our own judgment or the judgment of others. Yes, we can very easily become embarrassed where the only observer of our act is our own self. And although shame and anxiety often go hand in hand, the major difference between these two feelings is that the anxiety occurs as a result of perceived threat or danger - either to our physical well being or merely to our ego; whereas shame is the result of being perceived in such a manner that makes us feel like we are expelled, rejected or dishonoured. The famous story in which Adam and Eve are being exiled from the Garden of Eden illustrates the experience of shame quite well. After consuming the fruit from The Tree of Knowledge, not only they become ashamed of being naked around each other, but have to bare the additional embarrassment of their acts being seen by God. The key motif in all our experiences of shame involves being seen by others (or ourselves) as doing something wrong or bad.

The opposite state of shame is glory and pride. These emotions or feelings simply enable us to experience the rewards of being appreciated by others. When our creations (e.g. art, mastering some skill, leadership etc.), or our appearance, or simply our behaviour makes other people feel good and they compliment us, we are usually driven to create or do more of similar things. Only if we engage in excessive pride or vanity without having the real basis of experiencing such emotions, they will become toxic - as we will forget that initial pride is the result of actual achievements. Instead, we will take pride in our image or appearance. Classic narcissism.

If, however, our pride or glory is threatened by pointing out the wrongness of our doings, the initial drive to express ourselves turns into shame. If such regulatory mechanism did not exist, how would a proud person know where to stop, what to do, what is right and what is wrong? On a side note, pride is one of the biggest causes of feeling ashamed. It is often the pride that makes a person to go over limits of what is right or wrong as it disrupts the unity of mental (or physical, social, or cultural) balance, just like in a biblical myth of Adam and Eve. 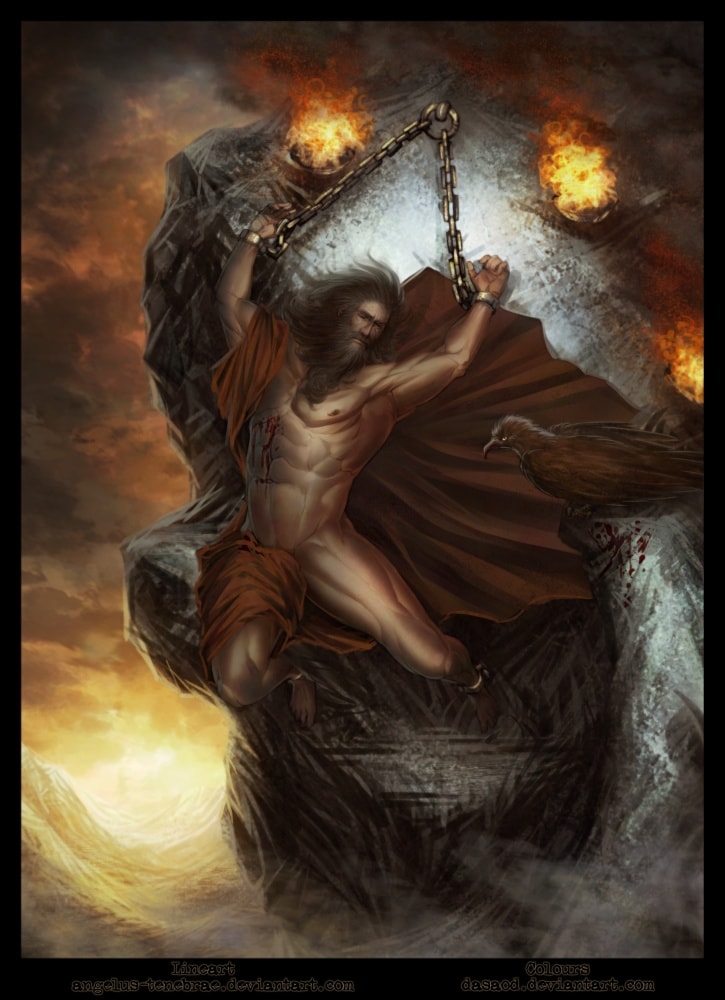 The similar pattern of disruption of the order is illustrated in the myth of Prometheus who steals the knowledge (fire) from gods and shares it with humans. Enraged gods punish Prometheus for giving humans the opportunity of having a divine knowledge and expel him from the position of god. Here again, the pride that follows the acquisition and spread of knowledge turns into shame - being dishonoured and exiled.

We could, of course, entirely reinterpret both stories and search for another type of drive, such as curiosity or temptation to know what is unknown, however, in both stories the consequences of acquiring knowledge or simply doing something against the agreed rules are the same and result in shame and exile. 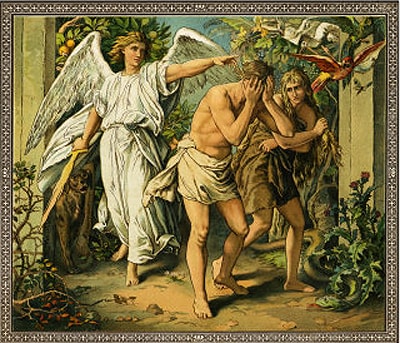 If we convert the mythical symbolism of shame into an actual part of the everyday human condition, it is clear that most situations in which we feel ashamed are provoked either by our own realisation of wrong doings or by having our wrong doings pointed out by others. In both scenarios, it is the acquisition of the knowledge about the good and the bad in the specific moment that causes us to feel expelled from the world and in need of hiding. Just like Adam and Eve have become aware of their nakedness, we also become aware that all our acts are monitored either by ourselves or by others.

Although shame often provokes a wish to hide, it doesn’t necessarily mean that we have to interpret it in a negative light. Shame guards our internal world and regulates how much we want to share with others and how much we want to keep private. It reinforces our sense of separateness and identity and equally, it’s a powerful tool in our socialisation and maintenance of social structure and standards.


“On the one hand, shame is the deputy of an unwritten, partially internalized moral and social code, while on the other it is the defender of inner sincerity, the lattice of our deepest convictions.“


Shame is simply a mechanism that enables us to draw boundaries between ourselves and others. It’s been said that shame is experienced by infants as young as between 6 and 8 months. What we would call shyness or a wish to hide, infants express such behaviours when being approached by strangers. Aren’t we also embarrassed if we approach someone on the street who we have mistaken for our acquaintance? And so shame tames our drive to explore if such exploring violates the boundaries of other people and ourselves, or is in a direct opposition to the widely accepted social code.

The thing is, this shaming mechanism doesn’t always manifest itself in its positive form, and neither is always developed in a regulated and beneficial form. What I mean by that is that many people might experience a kind of toxic shame in regards to their person. In such people, this shaming mechanism is disregulated and causes a person to excessively feel ashamed and in turn, restricts their self expression. In this case, shame might be associated with behaviours or situations that for others seem normal or not being a big deal. If shame equals drawing firm boundaries between ourselves and others, such people would usually, metaphorically speaking, build their boundaries from titanium in comparison to more open people whose boundaries are made of solid bricks. Perhaps it’s a very secure option and quite positive from some perspective, however, such tight walls can entirely isolate the person from the reality and other people.

The great issue with this is that often such boundaries are not only produced in order to shield us from the world, but also from ourselves. Our inner critic always watches and guards us against committing actions that can provoke shame. Such mechanism is almost entirely caused by our own subjective feelings, reactions and judgements - or simply lack of self acceptance and unreal expectations.

The person’s life might become centred upon avoidance of shame which is often marked by stiffness, compulsions and obsessions, high anxiety, and general rigidity of thinking and behaving.

The antidote to shame, as well as to anxiety is humour. We cannot laugh at the object that brings us shame or anxiety at the same time. It is because humour brings us closer to things we are driven to poke fun at, whereas shame and anxiety motivates us to escape anything we are embarrased about - this includes our own behaviour, personality traits, appearance. However, laughter does not resolve the problem of shame - it might, in fact, only cover a problem. To conquer shame, one needs to evaluate own internal and external boundaries and find any irrationalities that prevent self expression and poor connection with one’s self.

Inspired by Shame and the Origins of Self-Esteem: A Jungian approach