Cognitive dissonance manifests as an experience of mental tension that is caused by holding two or more conflicting beliefs, thoughts or feelings. It does not occur just on the mental level, but might also involve our behaviour, such as doing something against our beliefs, or believing that we should do something and yet, avoid doing it.

Tension resulting from such a ‘clash’ of cognitions might often escalate to the point of fear, and because our body is wired to get rid of the stimulus that causes fear (as fear signals a threat which needs to be eliminated or avoided), we are also wired to get rid of cognitive dissonance in order to re-establish the cognitive balance.

The common strategies that resolve a conflict and reduce the discomfort:

1. Ignoring or avoiding the conflict/dissonance
We might diminish the importance of the conflict by ignoring its importance, or we might entirely dismiss the new information/idea and the conflict it produces.
Practical example A:
When a wish to watch a film instead of exercising arises, we dismiss it and engage in exercise. Or we justify our wish by diminishing the importance of the old belief, such as believing that ‘It is just today that I take a break and watch a film instead’. Or we will entirely skip the state of dissonance and go with the flow and watch a film.

Practical example B:
We will entirely ignore someone’s opinion or what they’re saying because it’s in conflict with our knowledge. We will most likely not engage in the conversation or we might say they speak rubbish or nonsense.

2. Choosing one belief over another We might find out or being told by someone a fact or an idea that conflicts with our current knowledge. We will then either refuse the new knowledge in order to preserve the comfort of the old belief system, or abandon what we already know in favour of the new knowledge. It doesn’t necessarily need to be another person or other source of information that produces the dissonance, but simply our decisions and actions can also put us in such state.

Practical example A:
From one side, we have committed to regular exercise, but from another side, on the day of the practice we don’t want to exercise because we prefer to watch a film. This causes dissonance and thus we are most likely to either stick to old belief ‘Exercise is healthy’ or replace it with the new one ‘It’s ok to skip exercise because life is too short to give up on pleasures’.

Practical example B:
During a conversation with someone, we find that their political beliefs are in conflict with ours. We will thus experience the dissonance and either switch our beliefs to match the political beliefs of that person, or we will argue to the last breath why our beliefs are correct or better.
3. Creating new belief
When met with two conflicting information, we produce a third information/belief/attitude that bridges two conflicting beliefs and relieves the tension.

Practical example A:
We will find the common ground and either watch the film after or before exercising.

Practical example B:
We will be willing to modify our political beliefs by understanding where the person who states beliefs different to ours is coming from. We might in fact switch to an entirely new political belief system if we see the limitations of our current belief system.

It is apparent that the above strategies require a different amount of effort we put into reduction of cognitive dissonance. For instance, it might be much easier to ignore the new belief or information, than to investigate it further or to create a new one.

The fact is, people can actually go into tremendous lengths to reduce the dissonance, no matter how much self deception it might require. In the experiment conducted by Aronson and Mills (1959), female participants were split into ‘mild embarrassment’ and ‘severe embarrassment’ groups. In the former, participants were asked to read aloud a list of sex-related words and in the latter, to read aloud obscene and explicit sexual passage. They then heard a very boring discussion about sex in lower animals and were asked to rate how interesting it was. The ‘severe embarrassment’ found the discussion very interesting in comparison to ‘mild embarrassment’ group who rated the discussion as either less interesting or dull. The interpretation of this study suggests that we experience the dissonance between volunteering for the experiment and being very embarrassed by it which costs us a lot of effort. We then reduce the dissonance by ‘colouring’ the experience as being interesting and valuable, which justifies the whole effort and energy cost. 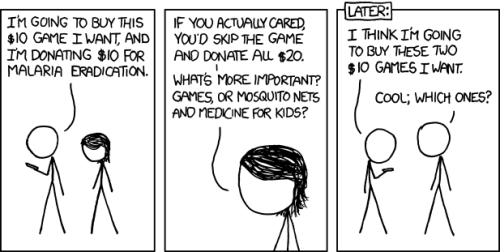 Self-justification does not only enable us to reduce cognitive dissonance, but there is a social aspect to it - to preserve ‘face’ or ‘ego’ and to avoid social ‘sanctions’ in the form of shaming or criticising. However, I am wondering if such strategy doesn’t actually produce more dissonance. To use the above example, we cannot be entirely sure what was going on in participants’ minds. Internally, all of them could think that the discussion was entirely boring - therefore experiencing dissonance. However, can we definitely confirm that the dissonance has been resolved once they have admitted that the discussion was interesting? There is a social component - namely, the social pressure to comply with the group, to give positive opinions in order to not get ourselves into trouble.

In another classic experiment, participants deliberately have been choosing wrong answers in order to comfort to the group, despite clearly knowing the right answer as suggested by their facial expressions. Most likely, they were also experiencing cognitive dissonance and their strategy to cope with it was to pick the socially acceptable answer.

Therefore, the resolution of the cognitive dissonance becomes much more complex than initially stated because we also have to consider the social component influencing our decisions. We often face the choice of either following our own beliefs, or abandoning them in favour of the socially acceptable ones. The fact of whether ours or social beliefs are closer to the truth is often less important.

New Knowledge and Self Development

On the more mental or personal level, dissonance can often push us towards growth and development. It might take some practice to learn how to tolerate a tension resulting from ambiguity, and how to be more resilient in order to withstand the possible anxiety arising from such tension. Sometimes the dissonance cannot be resolved immediately and it might take a bit of patience to wait for the new information or new attitude to arise. The issue with the mechanism that enables us to resolve the cognitive tension is that it is often either automatic or eager to get rid of the tension as soon as possible. Although it is useful in situations in which we have to act and make decisions quickly, it is not always beneficial to dismiss new information or knowledge just because it doesn’t fit our current belief system.

Placing ourselves in the state of cognitive dissonance is often helpful in self development, because how else can we develop if we keep holding to the same beliefs and attitudes? How can we verify whether what we know is close to the truth without finding out more information and evidence which might often be contradictory to our current knowledge? How can we learn new stuff about life if our strategy is to automatically get rid of new information in order to preserve our current, comfortable knowledge? It is precisely our ability to tolerate cognitive tension that enables us to verify our beliefs, pushes us towards growth and expands our knowledge about ourselves and the world around us.

Therefore, to sum up - the most efficient and beneficial way to resolve cognitive dissonance is to take time in order to evaluate our current beliefs and knowledge, and to verify whether new information represents anything that might be considered true. Avoiding the tension or immediately reducing the conflict by sticking to our current beliefs might not always be the best option to gain and improve our knowledge. Even when it comes to practical things, such as choosing between exercise or entertainment, we don’t have to give up on either of the options but it might be possible to have both in reasonable amounts. Lastly, our ability to tolerate tension arising from conflicting information will improve with practice and might provide beneficial in growth and development of our knowledge and personality.