Would the world exist if people didn't exist?

One might say it's a rather childish consideration, comparable to an idea that if one closes their eyes, nobody will see them or even, that the world will disappear. It is, in fact, a question not only bordering on absurdity, but also a total egocentrism. However, if we attempt to answer it, things don't look so funny any more.

With the whole scientific arsenal, we are able to measure the observable world and draw some conclusions, appropriate to our current development. As such development progresses, we are able to understand and notice the increasing amount of phenomena around us, perhaps even understand the origins of ourselves and the universe itself. However, no matter how much sweat the scientists produce while attempting to answer questions such as what happened before the big bang, what is outside the universe, why are quantum particles responsive to our observation, or where exactly our consciousness is located, they are hitting the big question mark laughing straight into their faces.

My question is just as uncomfortable. Can we prove that the world could exist if there was no consciousness, which is presumably located within the human brain?

From the one side, it would be an extreme case of egocentrism to assume that if we didn't exist, the world wouldn't exist either. From the other side, however, how could we possibly know that the world will continue as usual regardless if we are here or not?

The whole point is that no matter how much we try to assert that the world (and I speak here of the world in general, beyond the mundane reality of our everyday life) is such and such, does this and that; we are merely stating what our perception can capture. The same principle applies to science, no matter how much 'objective' it tries to be. I've described this phenomenon in my book – basically, whatever scientific measurements we have developed, they are essentially the products of our minds and therefore, we can only measure things which we will be able to perceive with our senses. We can of course extend these senses via artificial measures such as computers, but we are still bound to our minds if we want to know what the computer 'perceives'. No, I'm not against science – without it we wouldn't become aware of the existence of many strange things. I am merely pointing to a limitation that cannot be transcended unless there is a way to perceive the world from the perspective which is outside of our minds.

Solipsists reached these conclusions many years ago – because we cannot step outside our minds, we cannot be certain that anything beyond our own mind exists, not even the minds of other people. Is it egocentrism or a simple but very sophisticated insight?

They weren't the first and they weren't the last. Many Eastern philosophies have embraced this philosophy – either stating that the mind (or consciousness) is God, causing everything else in the universe to be created, or embracing a form of 'relativism' stating that the mind arises through the interaction with the matter and that the matter cannot exist without its interaction with the mind, or proposing the non-duality principle where the distinction between the mind and the universe is purely perceptual, rather than factual.

Perhaps we cannot truly answer this question, however, what is common to all mentioned problems and philosophies is the fact that the mind plays an extremely important role, a role which we struggle to fully understand.

I used to believe that there is one philosophy, a way of being, or a perception that is completely true. That it is indeed possible to tune our mind in a way to perfectly understand and comprehend the reality around us. Although it might be true to some extent, adopting this attitude doesn't change the fact that one will be still confined within limits of their reason and thinking processes.

In a sense, everyone is delusional, including me and you. What I mean is not the possibility that we are hallucinating or imaging things, or that we see something that is not there (although I don't fully dismiss this option). Rather, I mean that we are imaging the world to be such and such, attempting to describe and explain it. However, all efforts like this are nothing more than a word-play, a game, a performance we are engaged in. In other words, our representation of the world and reality is not the world and reality itself. It's not the experience but a mere attempt to vocalize and explain it.

We tell stories to ourselves about who we are, how the world is, what we experience. We must do it otherwise how else could we understand the world? However, because we are attached to these stories, we are not in the world but inside our heads. As a result, each situation we encounter is filtered through our world-view – the stories we tell ourselves. In some extreme cases, our abstractly created concepts triumph over facts in front of us, preventing us from engaging with 'what is', because we have adopted an attitude that we, or our mind, know better; that it is our mind that understands the reality, and therefore, it must be correct. 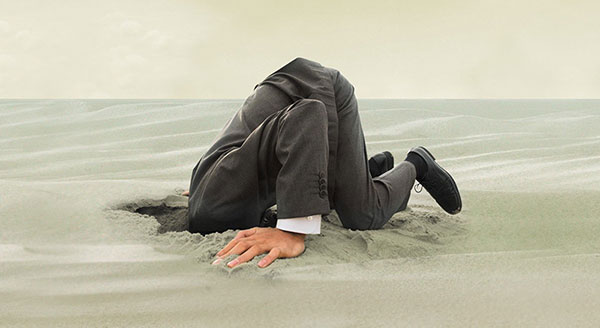 We create all these explanations and beliefs unknowingly entangling ourselves into the illusion. Adding to that, we also tend to perceive the world to be revolving around us – labelling the events that we can perceive being somewhat related to ourselves.

Does a denial of products of our mind equals a denial of the reality? Perhaps - such would be the case if I were to say that mind equals reality. However, this is not what I'm proposing at all. To deny mental concepts, such as principles or beliefs, doesn't equal denying the mind itself, and certainly doesn't equal denying the reality. Are we reaching a bottom pit called nihilism here?

The problem I'm pointing here is with the construction of various concepts, our attachment to them and then mistaking them for the reality. To turn it around – mistaking our mental constructs for the reality is precisely the agenda behind creating them on the first place.

One option is that we would reduce ourselves to mere automata; beings at the mercy of their automatic reflexes, responding to each moment in a reflexive way; and instead of being guided by our goals, beliefs, and principles, perhaps we would be pushed around by our instincts which would dictate all our actions. I'm not sure if that's any different to what many people are used to anyway.

The other option would require us to consider that there is something more to our reflexive or contemplative mind. In other words, even if we did stop paying attention to our mental constructs and did refrain from building a complex network of beliefs and guiding principles, we would not be able to escape from the organizing mechanism of our perception anyway. In other words, our brains were constructed in a way to organize and categorize what we perceive, otherwise we would be lost and we would need to learn what is it that we perceive each time we see it, regardless how many times before we have encountered it. Thanks to this built-in mechanism, we don't have to reflect on what colour or object we see in front of us each time we come in contact with it. But can this mechanism be applied to abstract concepts such as principles, values, and beliefs?

However, what's the alternative to all these? Could we experience our lives from the place beyond our mental constructs, beyond what we tell ourselves about life, and beyond our automatic reactions? Is there some reality beyond our minds?

I got a feeling that I've bombarded you with questions that neither of us can truly answer. But it forces us to think, to wake up, to consider the possibility that what we experience on a day-to-day basis is not exactly what we imagine it to be. 'So what?', someone might ask. It doesn't really change anything and it still demonstrates how deep into our heads we are. However, this awareness of how limited and limiting our mind might be leads us to a very interesting state of being. First of all, we can become more mindful of our responses and everyday activities – instead of responding to everything automatically or habitually, we can become more present and open to gaining new knowledge and experiences. Second of all, we can arrange our lives not accordingly to some system of values, what society expects of us, what we believe we should or shouldn't do – but accordingly to what we feel, understand, or know to be right in a general sense. In other words, we can learn how to listen to what is beyond our internal dialogue, thoughts, and narrative. That brings us to a third point. Since we have considered the possibility that our lives can we expanded beyond the realm of our mental constructs, we can broaden our faculties and learn how to listen to our intuition or even, the mythical sixth sense.