In this video, I discuss the core schizoid wound and summarise the steps of the trauma recovery.

Encounters With the Unconscious - Part 1 [Video]

Thoughts on how to live in a balanced relationship with our unconscious and the significance of self-awareness in the path of growth and development.

How to Stay Committed to New Year's Resolutions

The more work you put into organising and planning your goal, the bigger your chances that you will succeed - and the less work it will take to get to your destination.

Learn how to: Learn more

The striving towards self-realization is present in each of us, regardless if we consciously choose to grow, learn, or improve ourselves. In fact, we don't have to do anything at all and the driving force in us will lead us towards development and growth. However, it doesn't mean that it will lead us in the right direction, and neither it means that allowing ourselves to by driven by this unconscious mechanism will enable us to become the best version of ourselves. 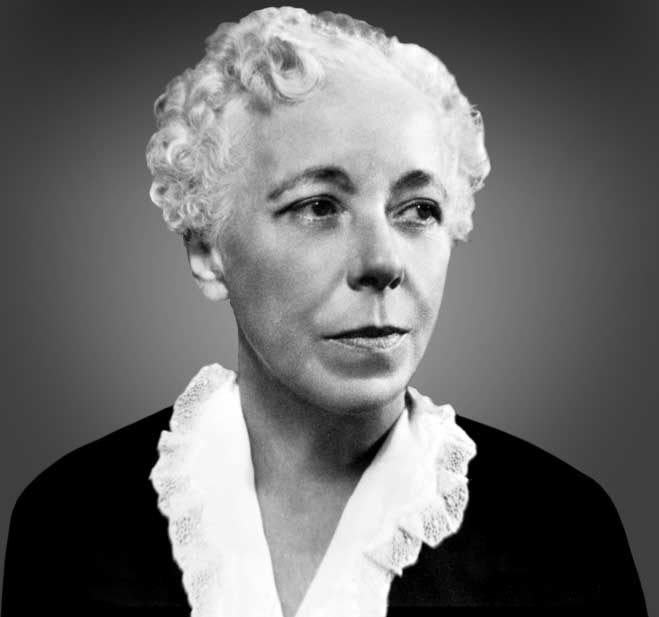 Psychoanalysis in general was founded upon the premise that most of the human struggles are caused by neurosis – a complex conflict between our drives, desires, demands placed upon us, and social influences. The result of such conflict can take many faces, ranging from inauthenticity, mood disorders, unhappiness, and difficulties with relationships.

In such a case, our drive of self-realization will also suffer the limiting influence of the mental block which neurosis produces.

What prevents an authentic self-realization?

In her book “Neurosis and Human Growth: The Struggle Towards Self-Realization

Although these days neurosis is hardly ever mentioned in a professional psychological setting, it penetrates our culture and society. It is evident if we merely take a look at the yearly amount of administered anti-depressants, widely spread apathy lurking just behind a corner, prevalent disorders resulting from stress (such as adrenal exhaustion), social conflicts and confusions related to basic identity, and prevalent narcissism based on the compulsive taking of selfies, hypocrisy regarding a diet, and obsession with with fitness and body appearance. If I was to give my first-impression opinion on the general population, I would say that we are clearly unhappy and we are trying to fill the void with something very transient.

“We can distinguish three forms of shallow living, each differing from the others merely in the emphasis upon certain aspects. In one, the emphasis is on fun, on having a good time. This may superficially look like a zest for living, in contrast to a basic characteristic of resignation – a not wanting. But the motive here is not a reaching out for enjoyment, but the necessity to push down a gnawing feeling of futility by means of distracting pleasures. (…)

In the second group the emphasis is on prestige or opportunistic success. (…) It is in part the wish for a life made easier by the possession of money. In part it is a need to give an artificial lift to self-esteem, which in this whole group of shallow living sinks to zero. This however, with the loss of inner autonomy, can be done only by lifting oneself up in the eyes of others.(...)

The third form is the 'well-adapted' automation. Here the loss of authentic thinking and feeling leads to a general flattening out of the personality (...). Such a person then fits in with the others and takes over their codes and conventions. He feels, thinks, does, believes in what is expected or considered right in his environment.”

The false self, often associated with narcissism although not strictly related to this personality type, is formed on claims – various demands we place on ourselves, other people, and the world in general. It is an adaptation attempt – our desire to fit it, to reach certain standards, and suppress parts of our personality we perceive as embarrassing or socially unacceptable.

“We have discussed so far chiefly how the neurotic tries to actualize his idealized self with regard to the outside world: in achievements, in the glory of success or power or triumph. Neurotic claims, too, are concerned with the world outside himself: he tries to assert the exceptional rights to which his uniqueness entitles him whenever, and in whatever ways, he can.”

The neurotic thus, does everything to avoid his inner life: his feelings, preferences, drives, wishes, opinions. The genuine drive for creativity, success, or achievement is replaced by a drive to actualize the person he would want to be – but is not and most likely, will never be considering how unrealistic his claims are. The hope which the false self offers, depends on a type of each individual and motivation behind living through the mask of a false self. It might promise the state of being widely admired, glorified; it might also promise an opportunity of being left alone and the avoidance of living all together.

This is a very simplified explanation of Horney's theories, but it provides us with invaluable insight into how easily it is for a human being to get lost in his beliefs, theories, and intellect. The energy which could be easily used on generating happiness and satisfaction becomes trapped by trying to become someone whilst carefully avoiding simply being.

The tyranny of the should

The drive to actualize the neurotic self replaces spontaneity, authenticity, and the full spectrum of complex inner dynamics, conflicting feelings, and depth of experience available to unrestricted and free psyche. The totality of the false self is like a structure composed of various claims which in turn, are formed by the multiple ideas on how one should be, how they should feel, how others should treat them.

If we take a look at the basis of our society and what it takes to be relatively adapted, aren't we all under a certain influence of the 'should'? We should be polite, we should never bring out stuff that might emotionally wound the other, we should be considerate, we should be normal and avoid being weird, we should dress appropriately, we should get the best job we can, we should strive in this rat race and acquire wealth, we should get married and have children. Surely, conforming to some of the shoulds is a common sense if we want to avoid unnecessary conflict, but where exactly is the line separating an authentic and relaxed living from a neurotic compulsion?

How to liberate the self-realization drive

“Briefly, he must overcome all those needs, drives, or attitudes which obstruct his growth: only when he begins to relinquish his illusions about himself and his illusionary goals has he a chance to find his real potentialities and to develop them. Only to the extent to which he gives up his false pride can he become less hostile to himself and evolve a solid self-confidence. Only as his shoulds lose their coercive power can he discover his real feelings, wishes, beliefs, and ideals. Only when he faces his existing conflicts has he the chance for a real integration – and so forth.”

Separating and distancing ourselves from the false wishes, claims, and ideals is quite similar to the Jungian process of individuation where we embark on a journey of making the unconscious conscious and as a result we separate the Self from the collective unconscious. 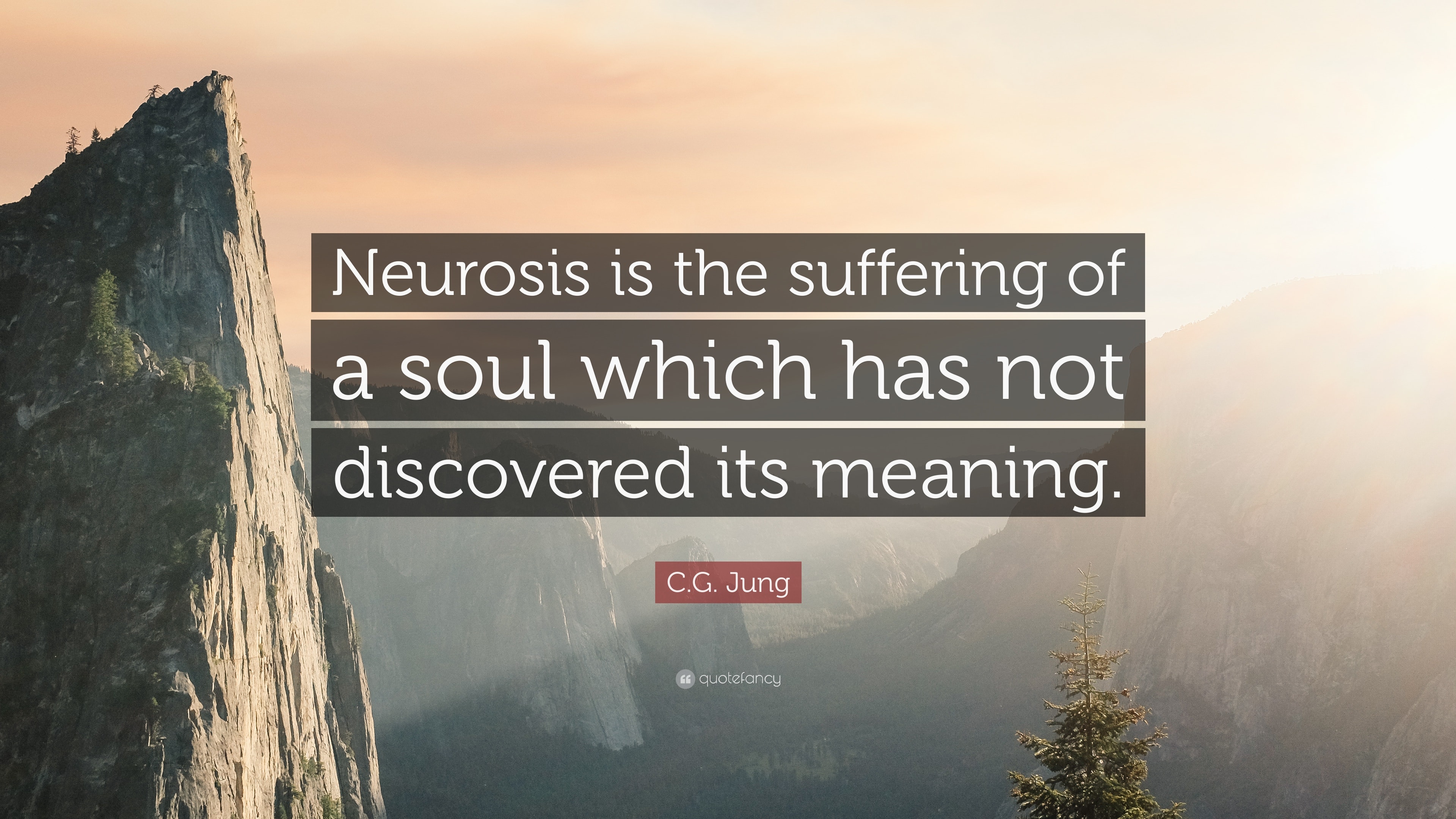 The journey like this can take many years – how could we possibly know what is false and what is true in us? It takes a great deal of self-honesty and the ability to face what's unconscious in us and what we would prefer to avoid. It's all about the process, not the destination.

“The environmental situation – home, work – may become so unsatisfactory that the person finally stops putting up with it any longer and in some form or other rebels openly. He may leave his home or his job (…)
However, the rebellion may be more an inward process and be directed primarily against the inner tyranny. Then, within itself, it can have a liberating effect. In this latter case it is often a gradual development than a turbulent rebellion, more of an evolution than a revolution. A person then suffers increasingly under his shackles. He realizes how hemmed in he is, how little to his liking his way of living is, how much he does merely to conform with rules, how little he actually cares for the people around him, for their standards of living or their moral standards. He becomes more and more bent on 'being himself' which, as we said before, is a curious mixture of protest, conceit, and genuine elements. Energies are liberated and he can become more productive in whatever way he is gifted.”

Learning about what we don't want, dislike, and despise is a huge step towards learning what we truly desire. Not only it is much easier to find what we don't want than trying to answer the question of what we truly desire, but it literally opens the door towards learning about our authentic feelings and preferences. For some, it might be the very first authentic feeling they would experience after years of conceiving their real self.

Neurosis takes various shapes and sizes. These days, it is merely a figurative and a generalized label for different human difficulties such as anxiety or depression. Replacing the label, however, does not make the neurotic tendencies to go away. In fact, the stigma around various existential difficulties which revolves around the psychiatric terms such as depression, might often prevent us from taking a kind and empathetic approach to ourselves which the psychoanalytical school of thought offers.